Leaving the Santa Rita mountains behind 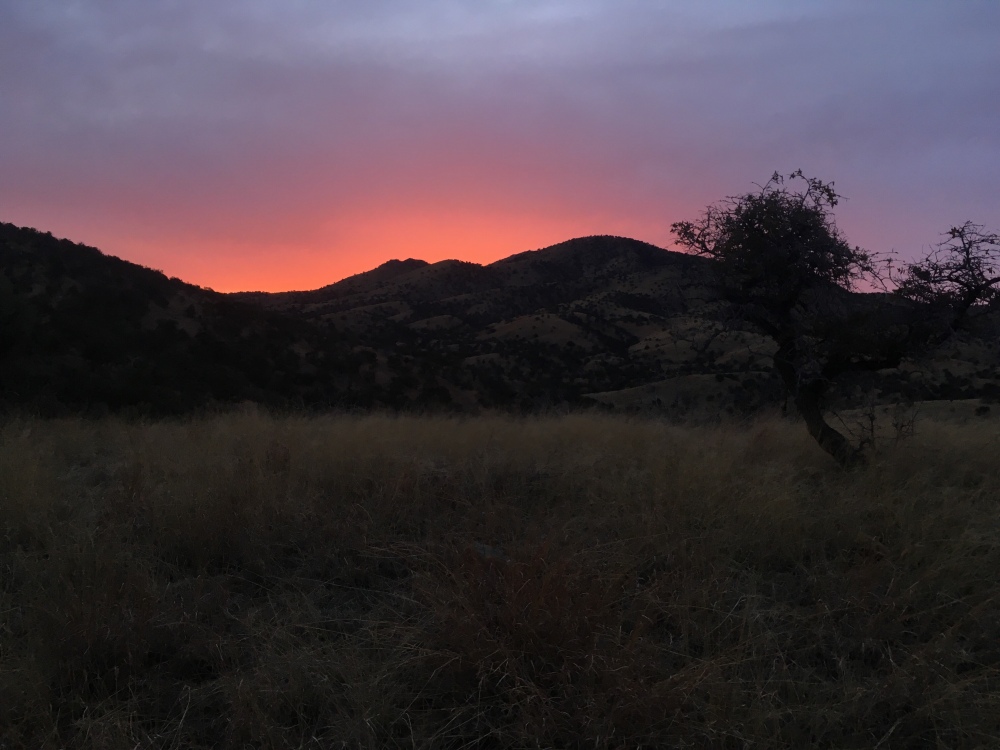 Met a very cool fellow named Ron Parry yesterday. He’s an academic guy who studies moths in SW New Mexico. He’s identified 500 species in his area and hopes to live to get 1000.

Also learned a lot about the Santa Rita Mining and Water Company that searched for gold in the Santa Rita Mountains in the early 1900. They used a technique called hydraulic mining (which required lots of water). They went to great extent to move water to dry canyons to blast the soil and separate the gold. Alas, not much gold was found.. 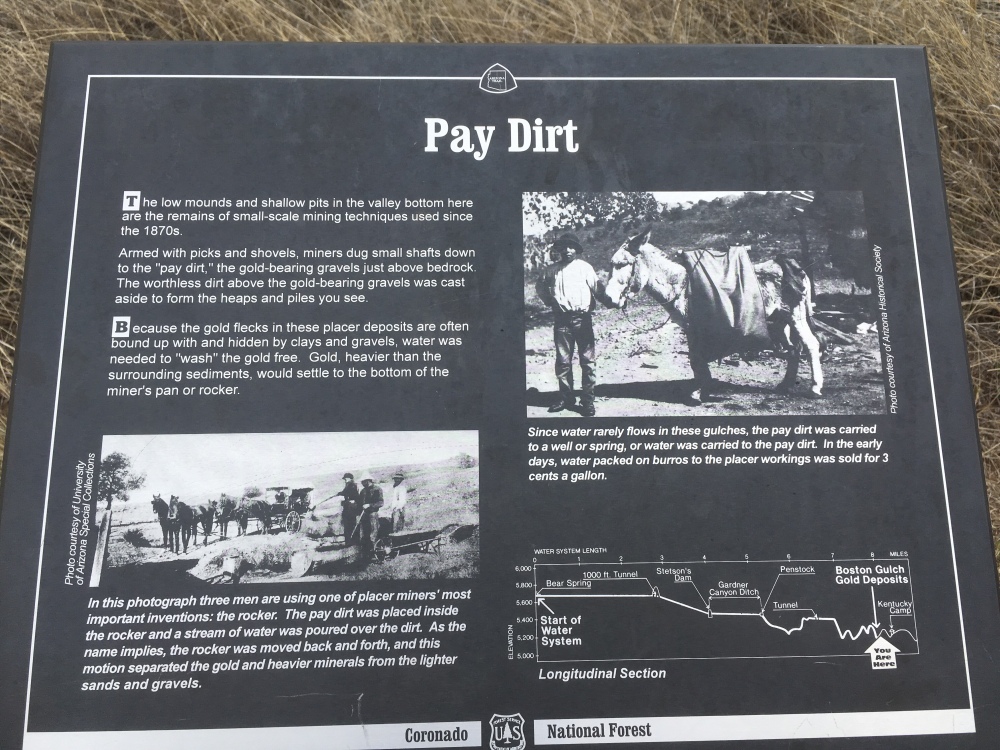 There are still lots of posted mining claims along the trail.

A few more shots from yesterday 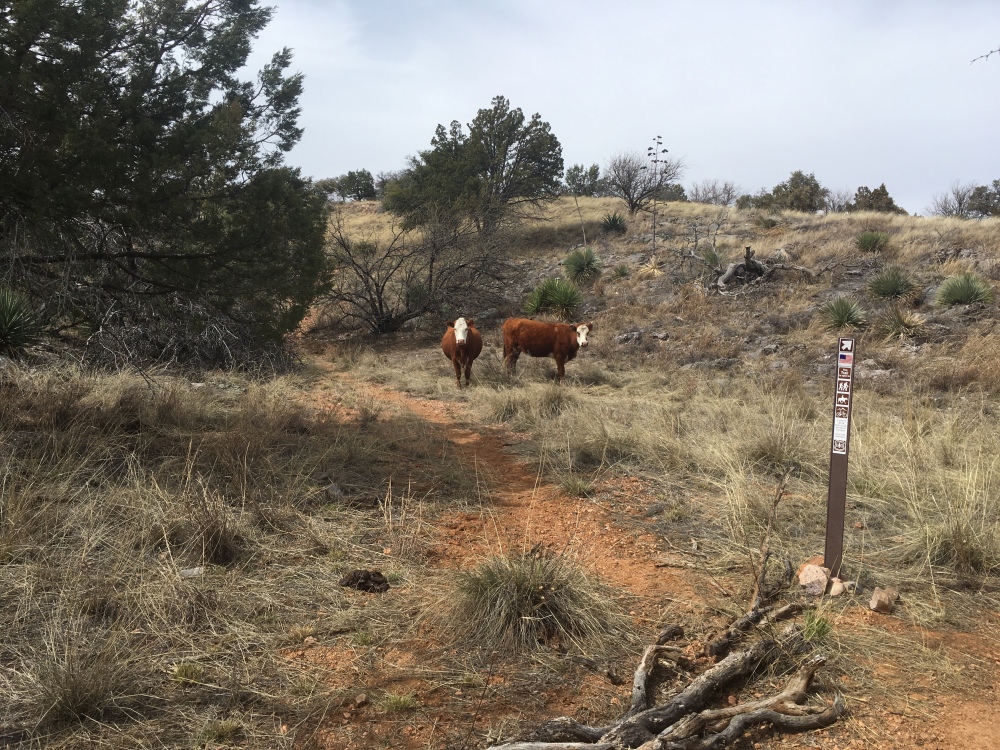 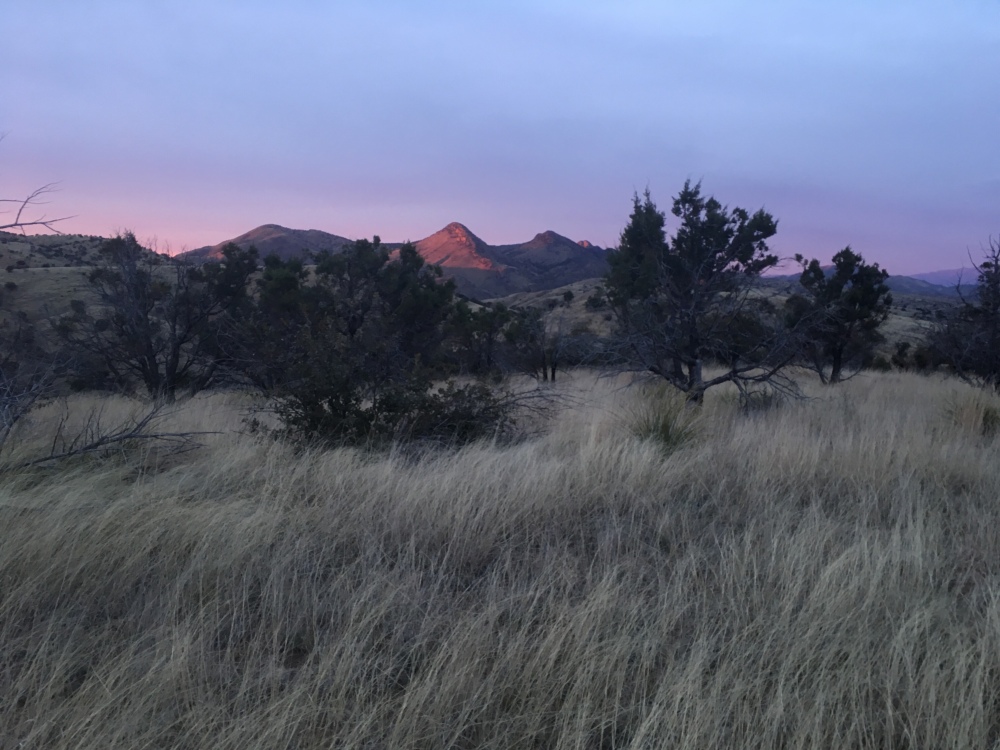